The compact executive class has been under German control for at least two decades, despite the occasional invasion from foreign territories. Lexus’s IS, Saab’s 9-3 and Volvo’s S60 enjoyed a certain amount of success, but Infiniti and Jaguar’s efforts haven’t captured the public’s imagination (although Jaguar’s new XE could change that).

But the German big-three (BMW, Audi and Mercedes) are under threat from certain large family cars heading upmarket in terms of quality, namely the Ford Mondeo, Volkswagen Passat and Mazda 6. This means the German companies have had to seriously up their game for 2014; and what results are these two: the BMW 3-Series, and the new Mercedes C-Class.

Both will impress you, but which comes out best when we look deeper under the skin?

Looks are always subjective, but it’s a very important area for these two cars. In such an image-led class. BMW and Mercedes have to maintain a sense of brand identity, while keeping their cars looking a step ahead of cheaper family rivals.

The new 3-Series is all BMW: dynamic-looking, classy and familiar. It’s a better looking and more distinctive shape than the rather conservative previous model. It also looks a bit more aggressive, possibly thanks to the wider wheelbase, which is now longer then a mid-1990s 5-Series. But it hides its new found size well, with a sharp nose and body creases making it appear smaller than it really is. In M-Sport spec with the xenon headlamps it looks very menacing, but even in lower trim specs it looks fairly sporting, as a small BMW saloon should.

The Mercedes, on the other hand, has been designed with more class and elegance in mind, and it looks less sporty than the BMW. It takes many visual cues from the flagship S-Class, with a low-slung and sleek profile, and neat creases down its flanks. It certainly looks premium, and the swoopy roof and intricate LED headlights add class, but it certainly doesn’t hint at a sporting drive.

Inside the differences between the two just as apparent. The BMW is instantly more driver-focused, with a tall transmission tunnel running between the grippy front seats, and the dashboard angles towards the driver. With black leather and plastics it can feel a bit gloomy in there, but if you spec it right it doesn’t have to be. Critics say the iDrive central infotainment system is easier to use than ever, and even new BMW owners will soon get to grips with the control wheel system, changing radio stations and inputting addresses without any hassle. Testers comment that the driving position is fantastic and low-slung, but rear room is fairly similar to the C-class, just about managing adults if they aren’t too tall. The bootspace is identical to the Mercedes, at 480 litres.

It’s clear where Mercedes were aiming the C-class: inside it looks and feels just like a baby S-class. The quality and style inside is amazing for the price, with gloriously detailed air vents and dash controls. Critics tend to agree that it feels like a car that costs £20,000 more. The classy metallic silver trim and elegant switches complete the premium feel, and even the door trim is a work of art. It isn’t as driver-focused as the 3-Series according to testers, preferring to cosset the driver with space and luxury, rather than encourage them into driving fast. Everything is where you expect it to be, and the driving position is very comfortable. The only strange-looking item is the touch-screen multimedia system, which sits on the dash rather than in it. There is just enough room in the back for adults thanks to the longer wheelbase, although the bigger E-class is more accommodating. The boot is the same size as the BMW. 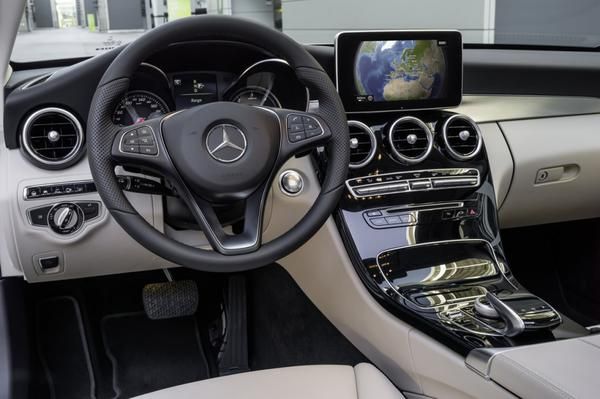 Engine-wise, both cars offer a broad range of appeal; although the Mercedes only offers one petrol option currently. This is because compact executives are more often than not bought by company car drivers, so economy is more important than smoothness. Despite this, the BMW perseveres, offering a storming and effortless six-cylinder twin-turbo petrol in the 335i , which gets the car from 0-62mph in well under six seconds. The lesser four-cylinder petrols are less convincing according to testers, not offering the six-cylinder’s smoothness. Most testers agree that the mid-range 320d diesel is a fantastic compromise, offering brilliant economy, quietness and more than enough performance for most. 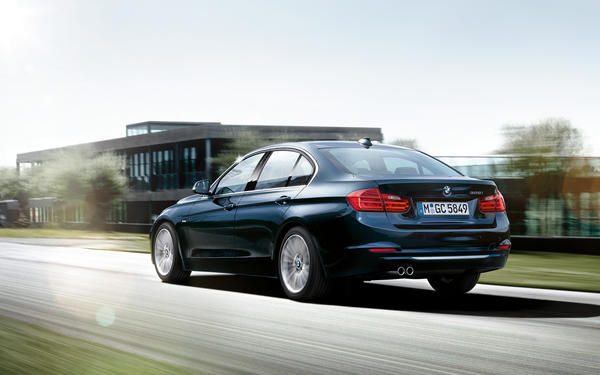 The 3-Series has always been the most exhilarating small saloon to drive, and that trend continues here. Testers feel that, although feeling similar to rivals at an amble, when you up the pace it really comes into its own. Nothing in this price bracket offers such a great combination of slick steering, body control and agility, and even the diesels slice through bends feeling a lot like a sports car. The M-sport models firm things up even more, although the standard models handle well enough. The best thing is, unlike a few years ago, this doesn’t come at the expense of ride quality, which remains controlled and comfortable. Both the manual and eight-speed automatic gearboxes are excellent.

The more recently launched Mercedes has a fairly limited engine range. There’s the smooth C200 petrol, and the C220 and C250 diesels. The C220 diesel is predicted to be the best seller, which is why it is a disappointment to find that it’s a revised version of the 2.1-litre engine found in the old model. Most testers found it too rough and noisy when compared to the 320d, which is a bit of a letdown considering the Mercedes’s cabin ambiance. The C250 is better, but also more expensive. At least both are very economical. 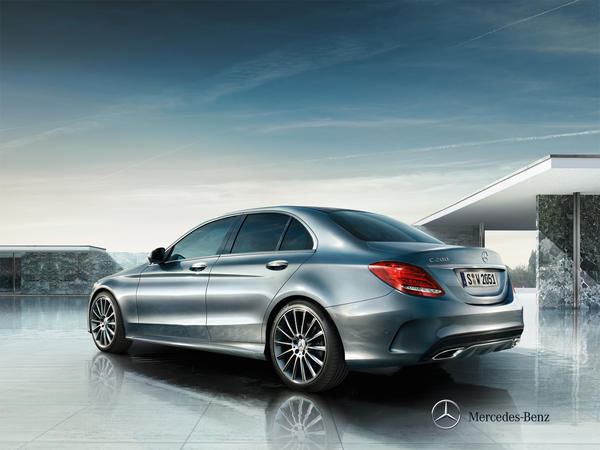 In terms of handling, the C-class tries to balance neutral handling with an executive car-ride. And it does, to moderate success. Most testers claim the Sport model, although having the firmest suspension, actually offers the best compromise, with the nicest steering and good body control. However the Comfort model on 16-inch wheels is said to be too soft, and allows too much body movement if driven quickly, although this maybe suits the car’s relaxed character and won’t put you off if you don’t drive particularly quickly. The £895 optional AirMATIC air suspension option has been criticized by many testers, who state that none of the modes offer a great compromise of ride and handling, thumping over low-speed bumps. The seven-speed automatic is the gearbox of choice, although it isn’t quite as smooth as the BMW’s.

Equipment and value for money

Both models are a lot more generous with equipment than they used to be, especially base models. Base spec BMW 3-series used to come with a radio, five seats and, if you were lucky, some sort of rudimentary air-conditioning. Now even the cheapest ES (Starting at £23,455 for the 316d) spec comes with climate control, cruise control, i-Drive with 6.5-inch screen, Bluetooth, automatic boot opening and Drive Performance Control. Speccing up to Modern would be our choice, as it comes with fantastic sports seats, parking sensors, automatic lights and some nice gloss black interior trim. Of course you can add all sorts of self-parking assist and sound system options, but these quickly send the price into 5-Series territory.

The Mercedes is similarly generous, showing how premium car manufacturers now know that if punters are paying extra, they expect more. Until the cheaper engines are launched it starts at £26,800 for the C200 SE, marginally more expensive than the equivalent BMW. In base-spec SE you get a touchpad-operated multimedia system with a seven-inch screen, cruise and climate control, a DAB radio, automatic wipers and a reversing camera. Our favourite is Sport trim, which gives larger alloys and chrome exterior trim, aluminium interior trim, the best suspension, LED headlights, satnav, heated sports seats and much more. Mercedes offer the usual vast array of options, but there is also a Driving-Assistance pack, which combines radar-guided cruise control, Lane-Keep Assist, and pre-safe (which detects an impending crash, and prepares the car for it, even braking for you). All of which means you have a car which, in theory, can drive along a motorway all on its own, although we recommend you actually bother to look ahead just in case!

Economy-wise the Mercedes is slightly ahead with most engines. The 181hp C200 petrol manages a very good 53mpg, which makes a good case for private buyers who don’t want a diesel, and beats the equivalent BMW 320i by nearly 10mpg.

Although these cars are difficult to separate on paper, they are quite different in character, and it’s the BMW that narrowly wins here. It just offers the complete package, it’s very nearly as cosseting as the Mercedes on a cruise, but is just in a different league when the going gets twisty. As long as it’s spaced right (the M-Sport cars have a fairly hard ride) it is all the car you could possibly need; spacious, green, stylish, comfortable and fun.

The Mercedes is by no means a poor choice, however. It’s an elegant machine, and the interior is best-in-class, with some superb detail and excellent ergonomics. It’s clear the money was spent in there, however, because the rough C220 diesel power train and disappointing driving dynamics let it down here. It’s good, but it’s not quite the best.